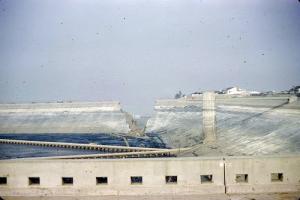 “When a law firm fails, it’s like a dam bursting. It starts with a trickle of partners leaving, and what’s coming in isn’t enough to cover expenses, and the trickle speeds up.  Soon, the leaders start leaving and it bursts and floods.”

The firm known as Dewey & LeBoeuf, based in New York, listed debt of $245 million and assets of $193 million when it filed for bankruptcy on Monday 28 May 2012. It was a massive firm consisting of 1,300 attorneys in 12 countries and it had only been going for 5 years.  It was the result of a 2007 merger of Dewey Ballantine LLP and LeBoeuf, Lamb, Greene & McRae LLP. Now there are 150 employees left in the US to wind it down.

It’s a depressing story: Between Jan. 1 and March 30 about 20% of the firm’s equity partners resigned or left. So what happened? The main facts seem to be:

On the flipside, the firm appears to have had a good reputation in certain areas.

Dewey & LeBoeuf has long valued diversity, seeing it as one of its core strengths. The firm was presented by The Minority Corporate Counsel Association with the Thomas L. Sager Award in recognition of its commitment to diversity in 2008 and 2009. The firm also received a perfect score on the Human Rights Campaign‘s 2008 and 2009 Corporate Equality Index. It was named as one of the Top 20 law firms in America in 2011 and also ranked amongst Vault’s “20 best law firms to work for”.  Who creates these awards? What constitutes a “top law firm”?

I’m curious as to how a firm winning these types of awards goes “bang” shortly thereafter.

Jonathan A. Mitchell, the firm’s restructuring officer, gives the reason for the firm’s failure as follows:

“Dewey & LeBoeuf was formed at the onset of one of the worst economic downturns in U.S. history. These negative economic conditions, combined with the firm’s rapid growth and partnership compensation arrangements, created a situation where the cash flow was insufficient to cover capital expenses and full compensation expectations.”

When I looked at the website for the SA office of Dewey I found this:

How sustainable is ambition as a value? According to the work of Richard Barrett, author of Building a Values Based Organisation, which is now backed up by case studies and surveys of 1000’s of businesses, ambition is a potentially limiting value. It’s situated as a level 3 value – the level of an organisation’s self esteem. I wonder to what extent this overriding ambition – to be the biggest law firm, with offices in the most countries, led to Dewey’s downfall?  One newspaper article says that the firm acknowledged that its grand ambitions for growth and lucrative pay guarantees it doled out to high-profile lateral hires in an effort to achieve those ambitions were also to blame. The evidence suggests this was not a vision led and values driven law firm.

Some observations being made in the press:

“The combination of outsized debt and widely spread pay guarantees divorced from performance put the firm in a situation with almost zero margin for error.” And yet despite the pay guarantees to its partners, it appears Dewey wasn’t paying its janitors:

“ a unit of ABM Industries, which provided janitorial services at Dewey’s offices at 1301 Avenue of the Americas in New York sued the firm for about $300,000 in unpaid bills”

Mine is not an expert opinion. I haven’t even scratched the surface of what happened at Dewey but I’m going to watch as the stories unfold because they affect all lawyers. Because it is events like this that cast a shadow across the entire legal profession:   A profession that was once regarded as a “public service” rather than a trade.

Somewhere between tales of corporate greed  on one side and pro bono work (Dewey represented Caster Semenya and Oscar Pistorius) on the other, lies the truth.

Perhaps the greatest irony is that “The firm’s collapse is expected to be the subject of years of court proceedings, and a number of former partners have already retained lawyers to represent them.”

Law and order exist for the purpose of establishing justice and when they fail in this purpose they become the dangerously structured dams that block the flow of social progress.

The important thing is how we are going to learn from Dewey’s mistakes. I can only hope that some law firms, somewhere in the world, will look at the demise of Dewey and wonder how they can practise law a little more consciously.